The Present Cachar District was originally part of the Koch kingdom which was founded by king Chilarai. Cachar is an administrative district in the state of Assam in India. It makes up the Barak Valley alongside Hailakandi and Karimganj. Before independence, the Judicial proceedings were carried on by the Deputy Commissioner who used to grant pleadership ‘SANAD’ after an informal test of respectability and ability. After partition, Assam got own High Court and Assam Judicial Services was organized under Gauhati High Court. At first, the post of an Additional District Judge, Subordinate Judge, and Sadar Munsiff was created at Cachar and the district was placed under the District Judgeship of Upper Assam Districts at Jorhat District. Later on, Cachar got her own District Judgeship. On 7th September 1955 separate independent judgeship was established at Cachar under Govt. 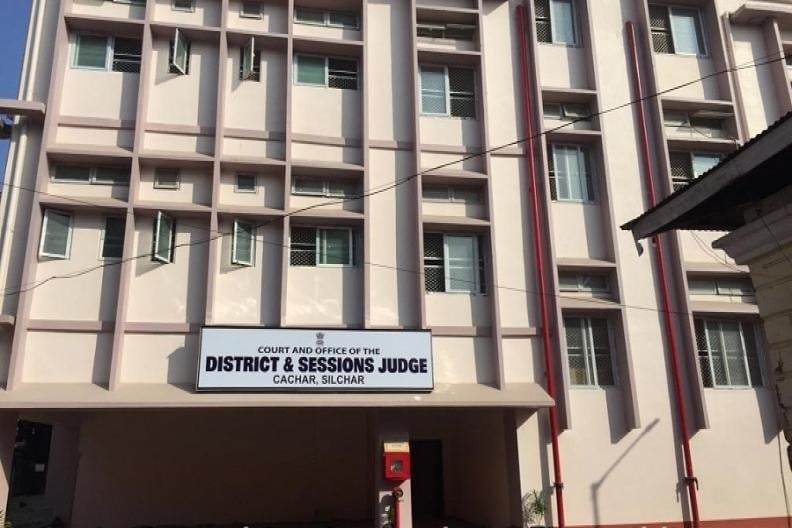 Shri. S. K. Dutta (B.A[ Calcutta ], B.Sc[ London ], Barrister at Law) became the first District & Sessions Judge of Cachar District Judiciary. The establishment of District Judge and Chief Judicial Magistrate comprises of 15 Courts manned by Judicial Officers of different grades. The Court of Cachar Judiciary was spread in four buildings among which are one, a two-storied building, two Assam Type houses, and two old buildings which before independence were used by Britishers to keep their arms and ammunition.

Origin of the Name:
There are two possibilities regarding the origin of the name. They are:-

The other Courts present under Cachar District Judiciary are:

When it comes to the selection process, the candidates have to take up a written exam / Interview. Selected candidates will be paid a handsome salary (as per Govt rules). The type of questions that are asked in the technical interview round differs from one position to another. There are multiple steps for the selection process for the posts of Stenographer, Clerk, Peon, Process Server, Gardner, Chowkidar, Liftman, Sweeper, Watchman, Cook, etc. in the Cachar Court. The procedure is as follows

We advise to you for Cachar Court Recruitment 2021, How to Apply, Selection Process, Age Limits and other details please read given official recruitment notification carefully before apply online or Offline.

Know the current status of your case by Return SMS

Important: Case Number Record (CNR) is a unique Identity Number of each case, which remains constant. All the Advocates, Litigants, and stakeholders are requested to ascertain the CNR of their respective cases from the concerned Courts and to refer the same for all future references.